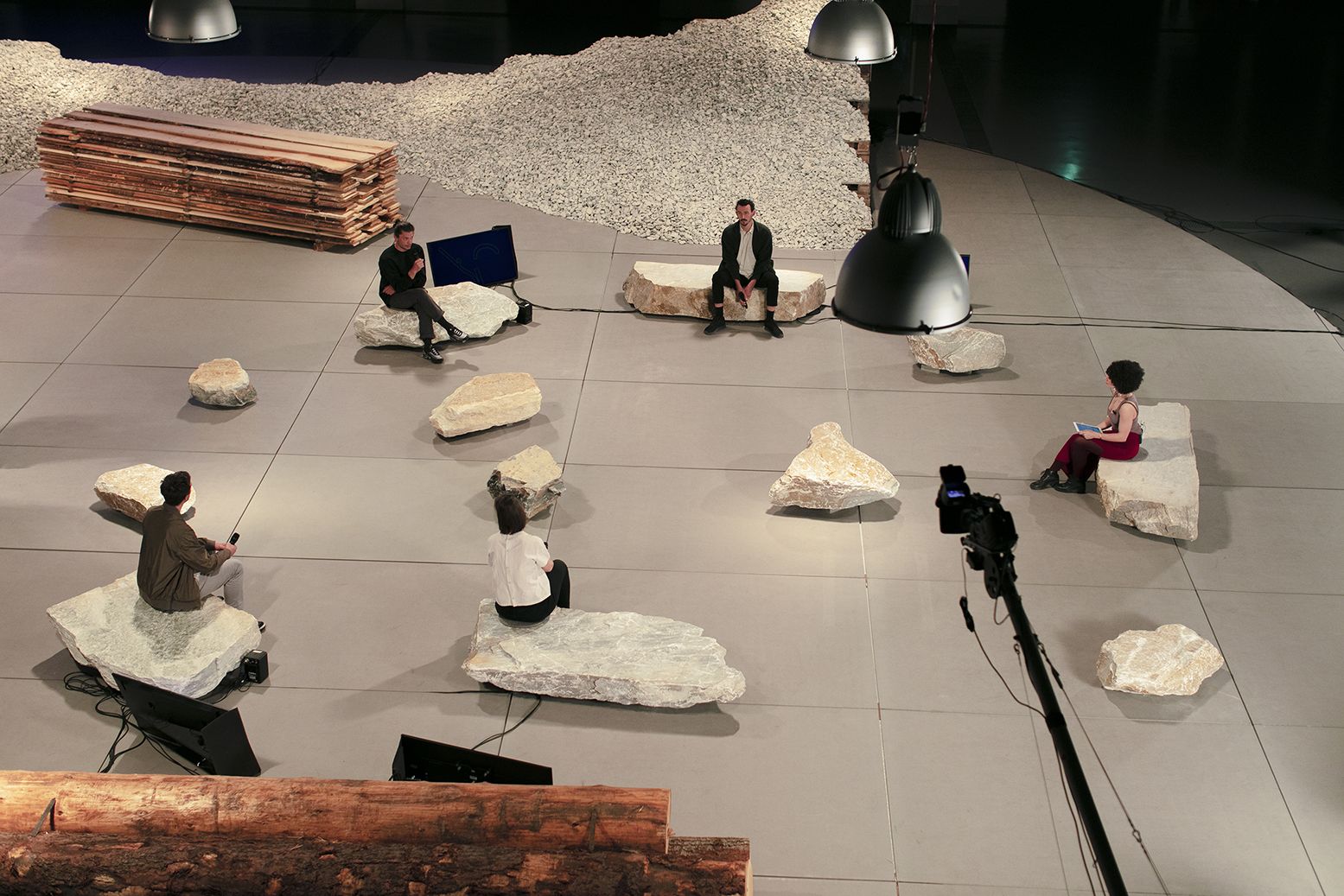 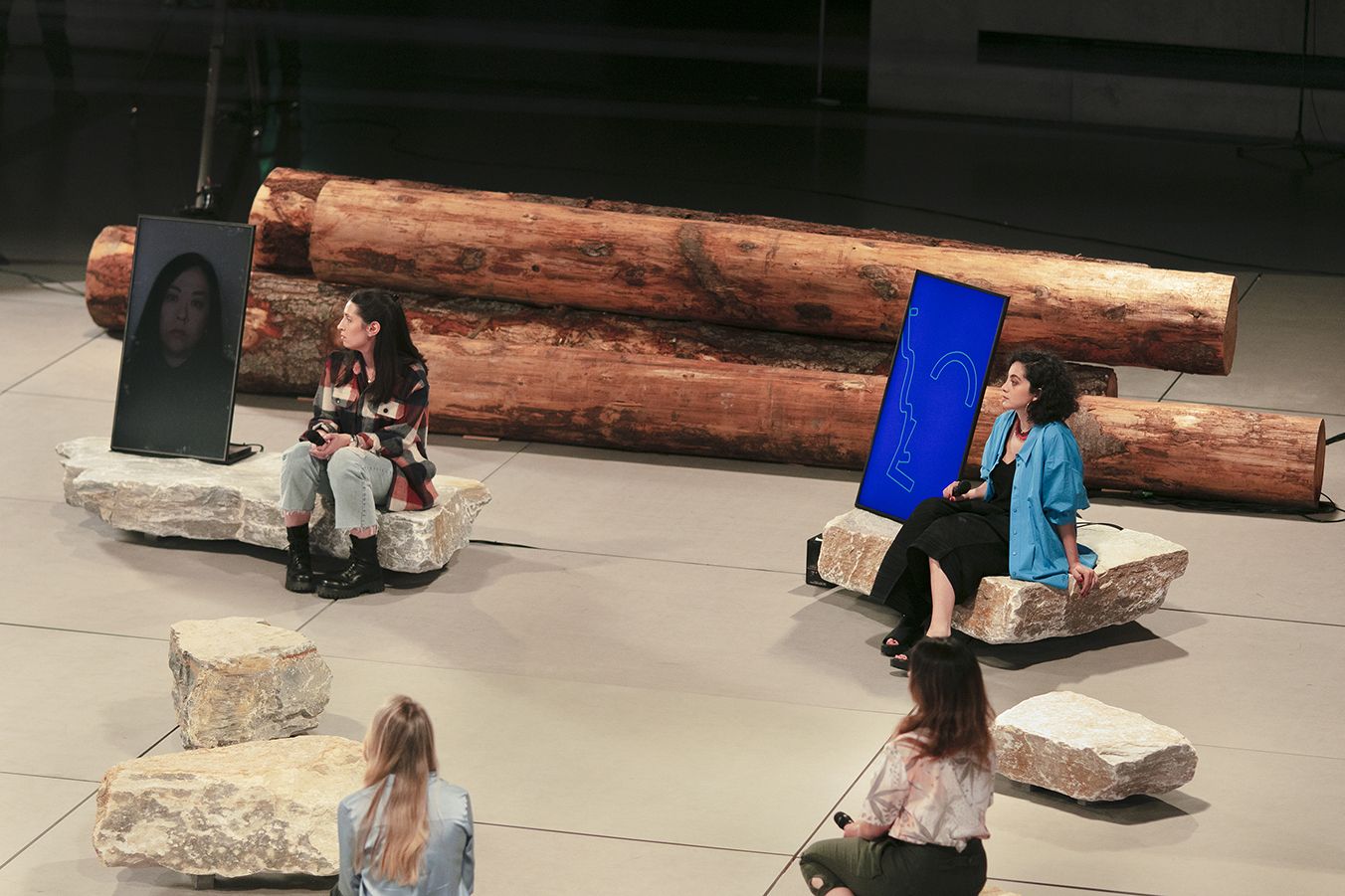 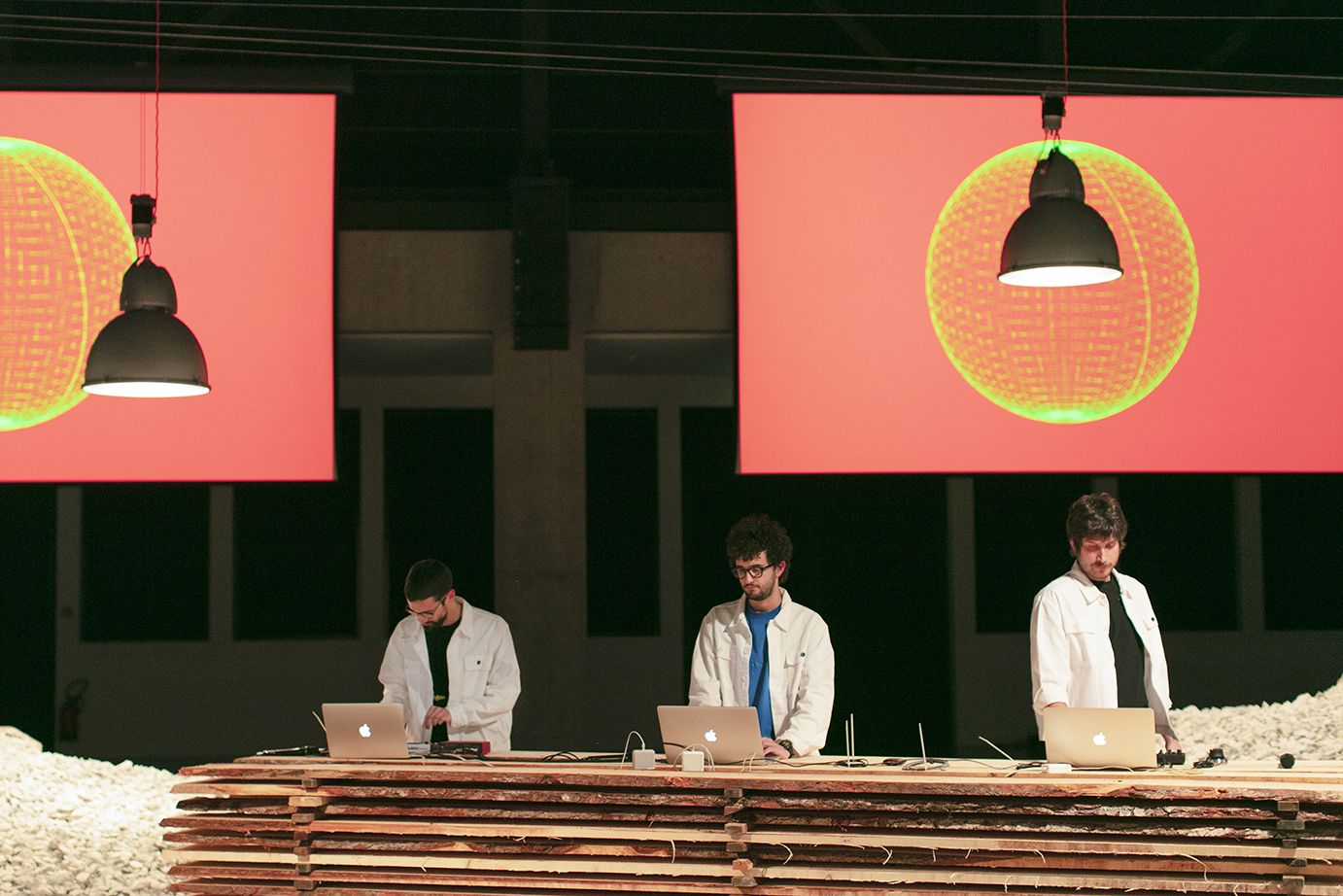 Archipelago: Architectures for the Multiverse


The Archipelago: Architectures for the Multiverse broadcast concluded on May 8th, after three days of conversation centered on urgent disciplinary issues within architecture, landscape, and interiors practice. The event was staged in the Cube, a building on the HEAD campus in Geneva, and was framed by a custom-built scenography designed and realized by faculty and students from HEPIA and HEAD. The conversations were moderated by Vera Sacchetti, also Archipelago’s curator and general coordinator, and by Ala Tannir, Elise Misao Hunchuck, and Meriem Chabani.

Following a welcome message by Jean-Pierre Greff and Claire Baribaud, the directors of HEAD and HEPIA respectively, the Archipelago broadcast began by challenging the assumption that disciplinary concerns within interiors, architecture, and landscape need always to produce material interventions and brought forward the question ‘Do We Need to Build?’. In a roundtable with members of the Archipelago advisory board, which included the architecture, interior architecture and landscape architecture department heads of HEAD and HEPIA, the first conversation set the table for the days to come by touching upon the processes of institution building and public engagement, as well as shifting modes of pedagogy. This was followed by a tour of the scenography with members of the design team to understand the intentions behind its many locally-sourced, reusable parts.

On the second day – entitled ‘Understories – What Remains Hidden in Plain Sight?’– the broadcast looked to under-represented knowledges, systems, and stories that have been canonically excluded. The day’s program began with ‘Territories of Intervention’, a discussion of the local urban context of Geneva that looked outwards to the rest of Switzerland, its borders, and beyond, questioning how the city is entangled in larger myths of nationality and place. It continued with ‘Extractive Systems’ that sought to unearth systems and traces – capitalist, imperialist, extractivist – exposing and challenging forms of embedded exploitation. Panelists contended with extraction and its spectrum of interpretations, as well as the need to deconstruct the architecture saviour complex. From this, the broadcast moved to ‘Other Stories’, narratives within architecture, landscape, and interior design that are traditionally positioned at the margin, ones that are either newly-visible or there from the very beginning. The conversation ended with a charge to reimagine hegemonic narratives as the ‘other’ and by doing so, finding new disciplinary centerpoints. The final conversation of Day 2 zoomed out and considered stories that play out at a global scale, ones that implicate multiple material flows across time and space.

The third day of the Archipelago broadcast (‘Interdependency – New Disciplinary Narratives’) considered new methods and models for moving forward in practice. ‘Kinship and Advocacy’ opened this topic by unpacking how disciplinary boundaries and expectations change when kinship, collaboration, and mutual care are centered. Panellists related personal experience to their work and discussed the role that shared ritual plays in fostering kinship. ‘Working With’ then continued this conversation by exploring how practitioners are changing the ways they work with one another within the complex present, allowing for experimental collective configurations that offer new possibilities for interdisciplinary exchange. Archipelago’s conversations finished with ‘New Roles, New Practices’ that sought to build upon the previous three days of insights to imagine new paths for architects, landscape architects, and interior designers. The event concluded with a roundtable where students from HEAD and HEPIA came together with the Archipelago moderators, to reflect on how these new disciplinary paths can be carved within the educational institution, leading to future generations of practitioners that are attuned to the complex contemporary moment we are living in.

Alongside the broadcast, Archipelago was enriched by a layer of workshops, which allowed participants in Geneva and all over the world to partake in a parallel exploration of themes that were central to the event. Many of these workshops were proposed and selected to be part of the program as part of the Archipelago open call – which invited students of architectural disciplines to propose contributions to the overall program. The workshop program happened online – with sessions exploring the conflated realms of physical and digital realities; the creation of new worldviews through maintenance and repair; and new ways to co-exist and care for each other from the human to the microbial level – and also on-site in Geneva, with outdoors activities allowing participants to engage with the city and their surroundings in diverse ways – either by exploring the city’s “archipelagic” dimensions, by engaging with traces of climate crisis in our direct surroundings, or by imagining the city anew starting from its fragments.

Archipelago could not have been the intense and fruitful experience it was without the participation of all of the panelists, workshop leaders, filmmakers, and moderators both in-person and virtually. It could not have happened without the efforts of the production team, the scenography team, and the facilities staff at HEAD. The Archipelago Team would also like to thank the students and faculty members of both HEAD and HEPIA who were the foundation of the event since its conception. Thank you all who helped to chart a path forward, and to draw the lines of a new archipelago.

Full team and program at: www.archipelago-architectures.ch

Researchers, students, teachers, and practitioners from around the world make up Archipelago. The project was conceived and is led by faculty members from both HEAD and HEPIA. Their efforts are advised by an international board that brings together diverse perspectives on design discourse and cultural programming.

Since early 2019, students and faculty at HEAD and HEPIA have worked together to devise a project concept for the event’s infrastructure and its visual identity. The event is deeply connected to the institutional context from where it originated, with the opening and closing taking place within HEAD’s Cube, a large-scale auditorium on campus.