Bas Princen is an artist and photographer living and working in Rotterdam and recently in Zurich. He was educated as industrial designer at the Design Academy Eindhoven and later studied architecture at the Berlage Institute in Rotterdam. Since then, through the use of photography, his work focuses on urban landscape in transformation, researching the various forms, outcomes and imaginaries of changing urban space.

In May 2004, he published his first book Artificial Arcadia with 010 Publishers; further monographs include Rotterdam with Witte de With Publishers 2007; Galleria Naturale for Linea di Confine, Rubierra 2008; Five Cities Portfolio with SUN Publishers 2009 and Reservoir with Hatje Cantz 2011, and The Construction of an Image 2016 with Bedford Press.

In 2004 he won the Charlotte Kohler Prize for promising young artists and architects in the Netherlands and at the 2010 Venice Bienale of Architecture he was awarded the silver lion for his collaborative work with Office Kersten Geers David van Severen. 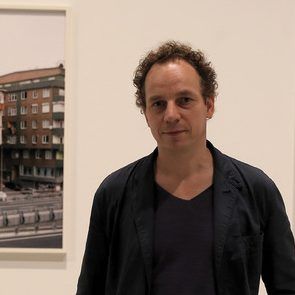