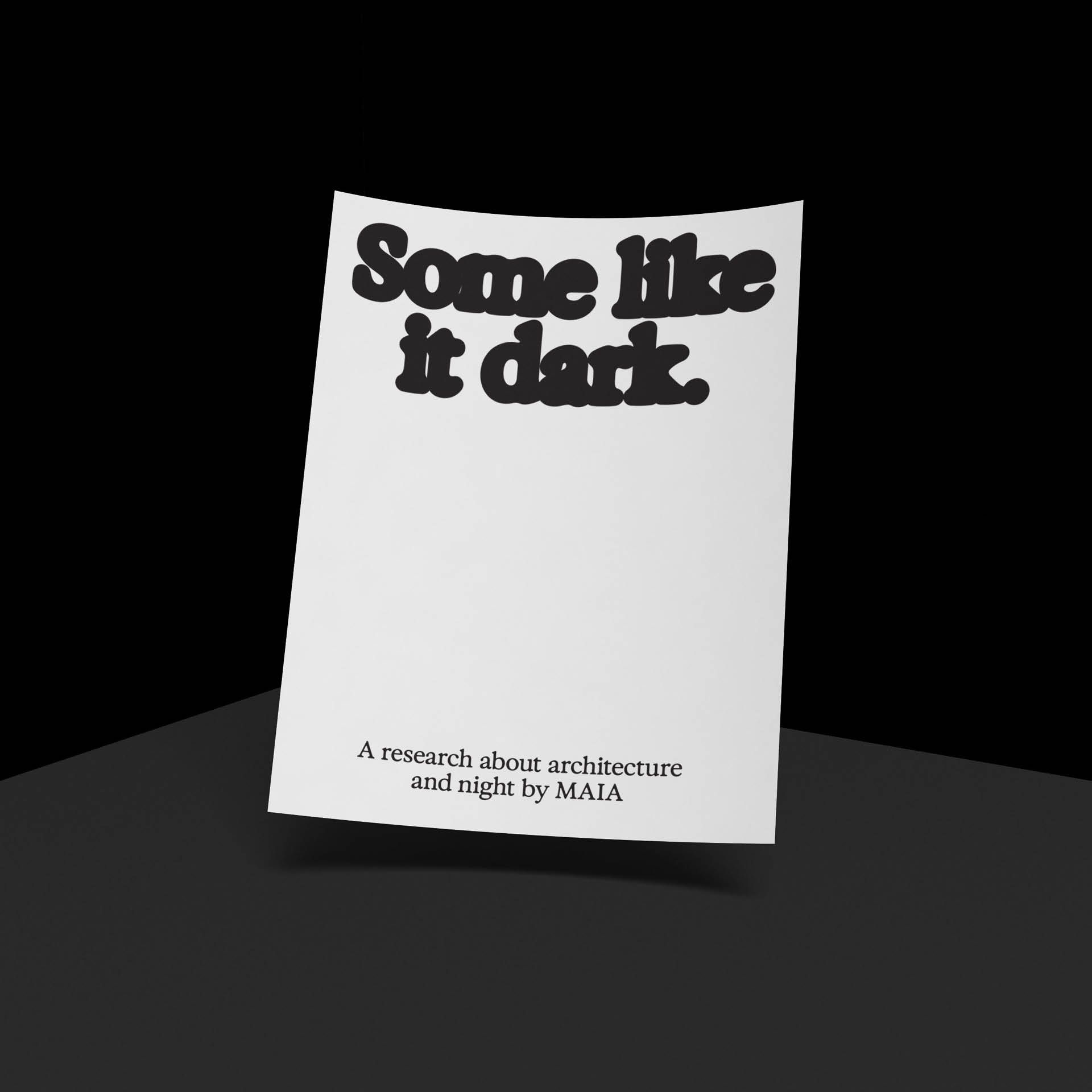 Join us during four days to discover and celebrate the new MAIA graduates and their diploma projects! 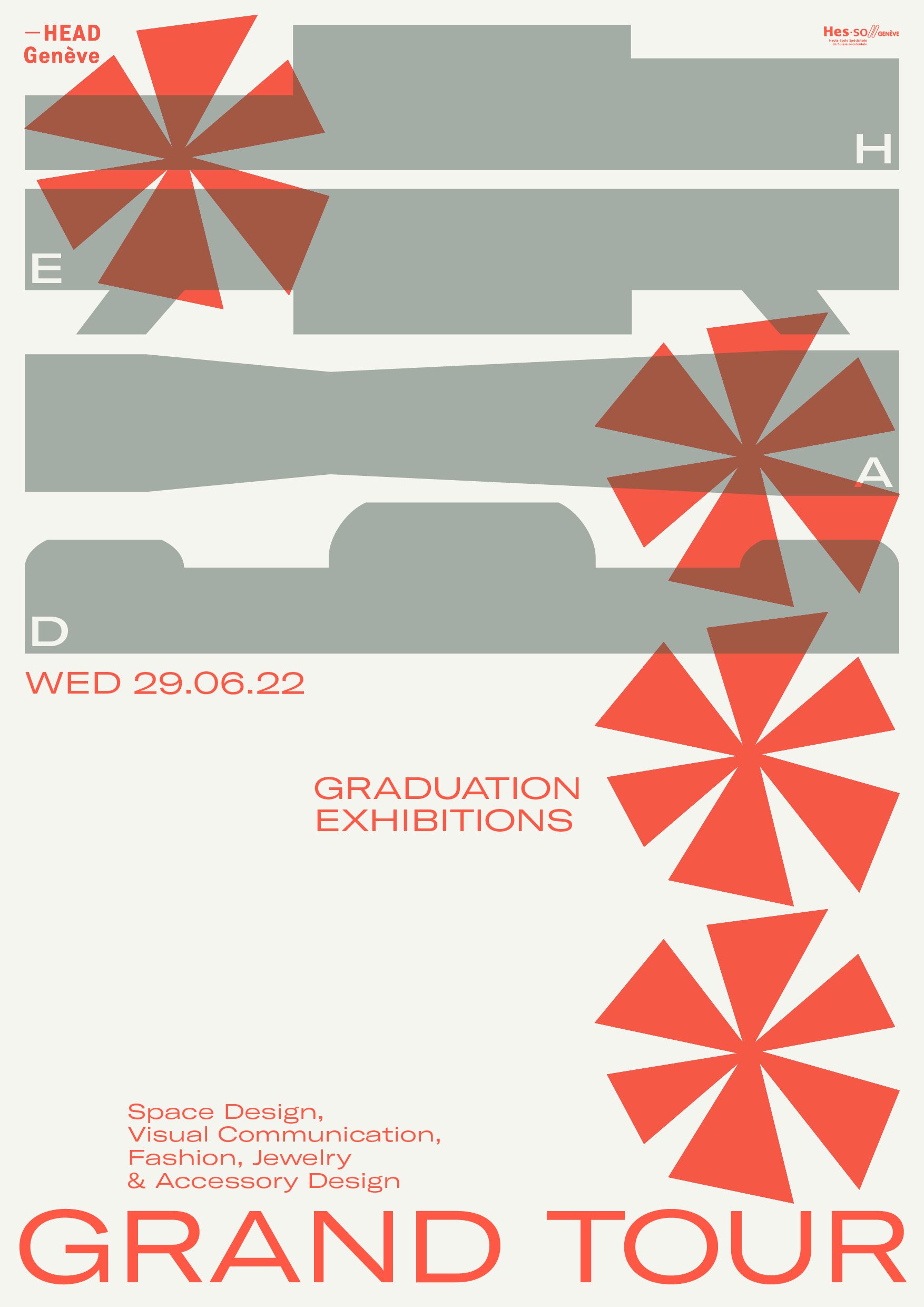 Join us for four exceptional days of exhibitions, performances, DJ sets and concerts to celebrate the Inauguration of the HEAD Campus and the new graduates! 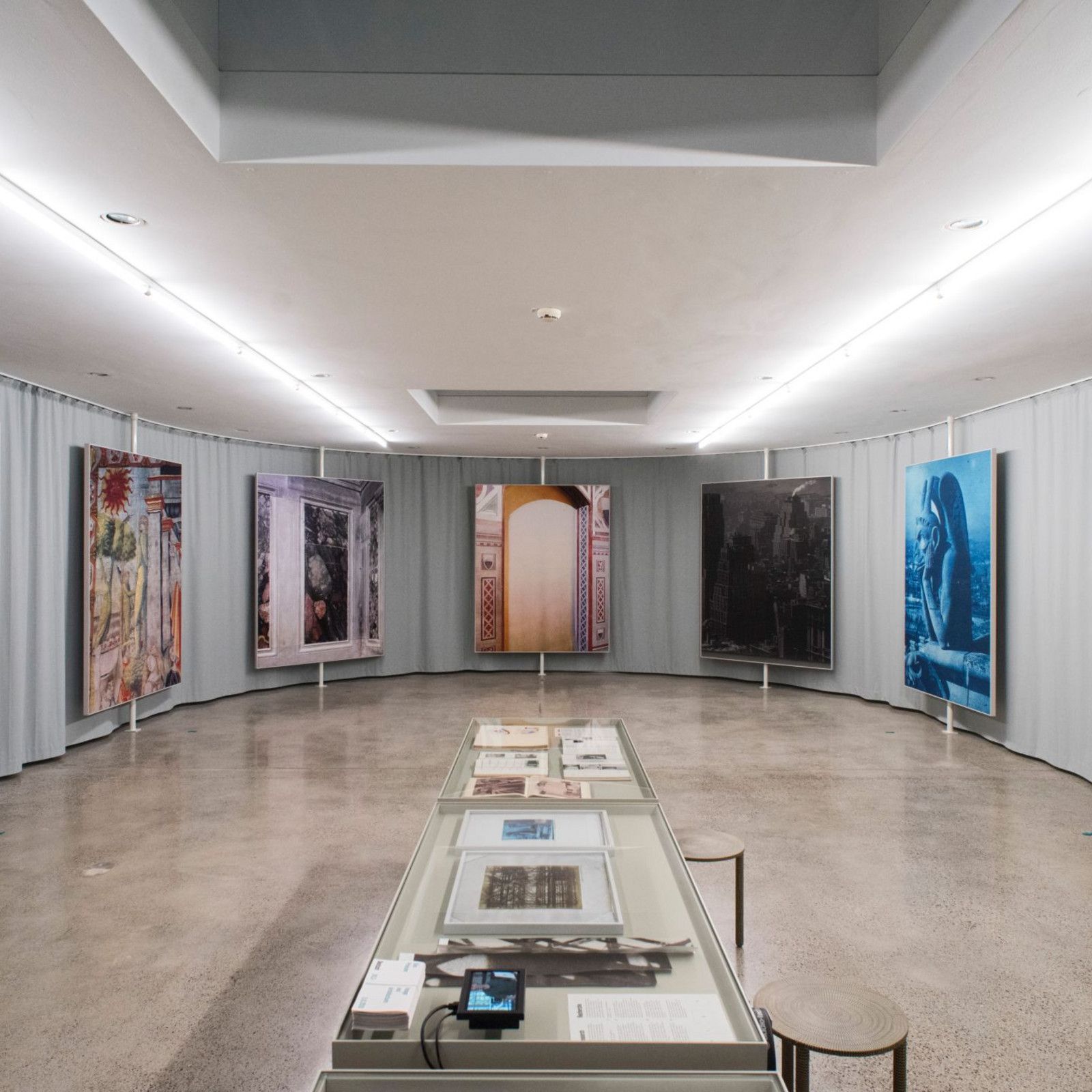 As probably most of you, I have never been in a house or a public space designed by the late architect Luis Barragan. That does not mean that I have no idea about the architect’s work. I actually believe I have quite a clear vision of his work since the images of his buildings that have been published embody his ideas in a powerful and iconic way that can hardly be challenged. It is clear that the images we know of Barragan’s architecture are ‘his’ images – carefully crafted representations of the idea of his own work. In this workshop, we will enter and visually inhabit two houses, Casa Barragan and Casa Pedregal, with the idea of representing the spaces, rather than the aura of images that we already know.

An important question we will try to address is how it feels to ‘appropriate’ through simple photography, the spaces, work and legacy of someone else for the benefit of one’s own visions, and what one can or cannot do. To begin to answer this question, we hope to start in the archives (near Basel, Switzerland) to look at and analyse the images, books and drawings that were produced during his lifetime. Following this, we will seek to focus on where we can insert and develop our own interpretation, without simply appropriating his legacy or iconography. These new interpretations, these new ‘images’, will then be presented at exhibitions in both Mexico and Switzerland.

This Summer School will be led by Bas Princen and assisted by Damien Greder. 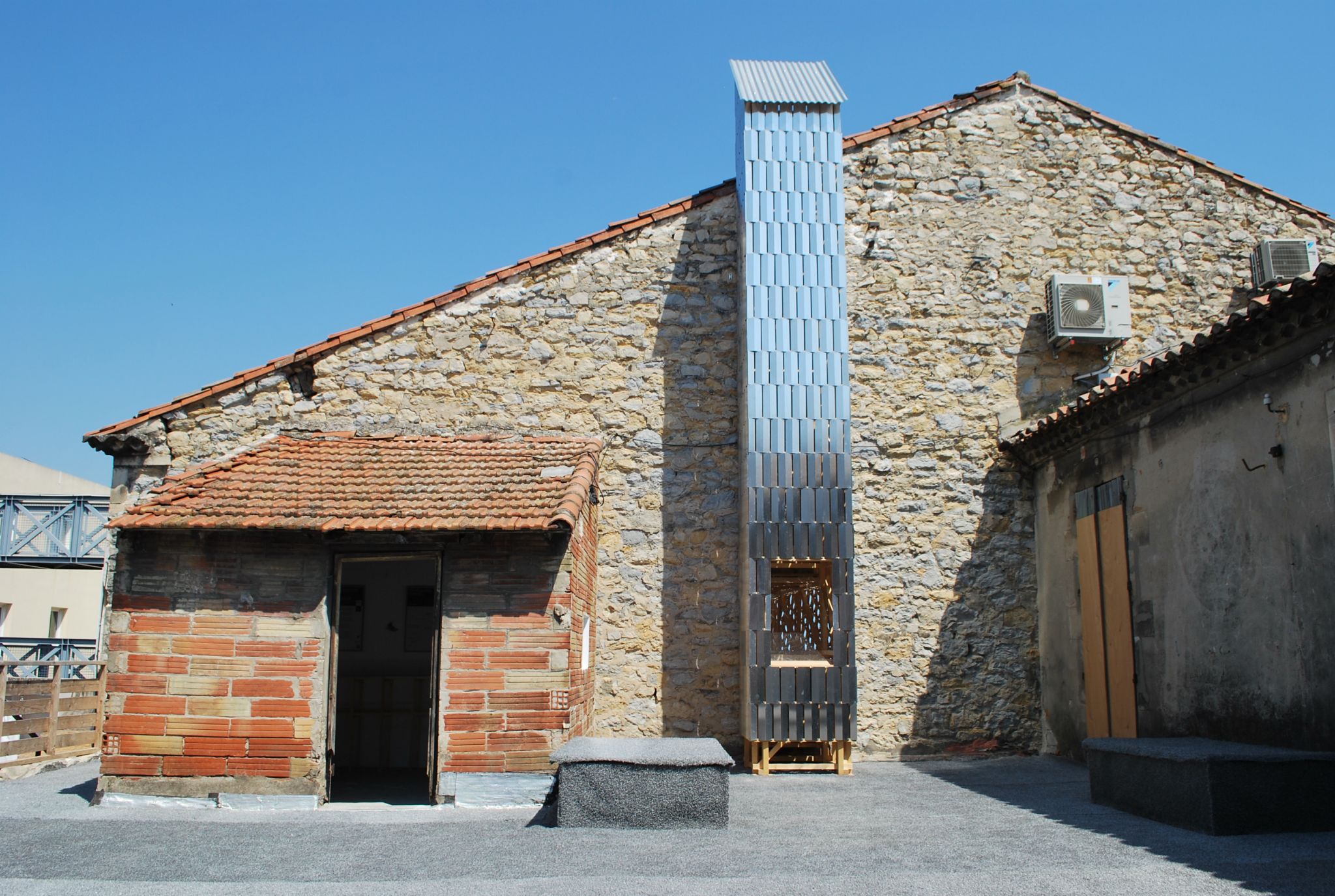 Presented as part of the festival of photography 2019 in Arles, “Periscopes” is a project by third year students Bachelor Interior Architecture, from studio “Public Landscapes” lead by Leonid Slonimskiy and Bertrand Van Dorp. The projet offers visitor an image of the city in real time, replacing photography. Wood structures (coated with aluminum tiles and equipped with mirrors) seek height, in order to reveal a view on the roofs of the city of Arles.

The project has been developed in partnership with the City and Canton of Geneva as well as Presence Suisse and will be presented on the Croisière terrace. 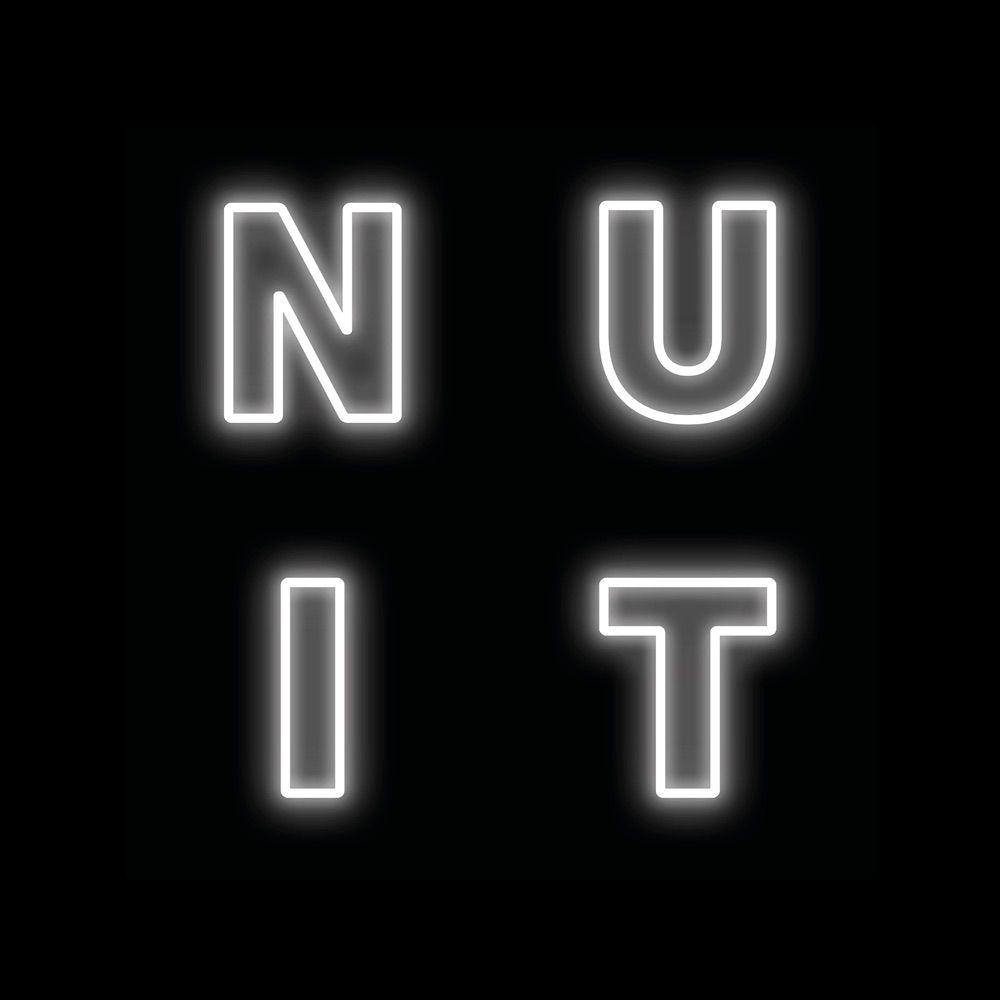 Scènes de Nuit presents five nocturnal encounters around the role of night in the construction of contemporary societies and their urban spaces. Around the themes of consumption, city, enclosed spaces, party and food Scènes de Nuit recreate spaces generating practices and night rituals. The five events SHOP, FILM, CITY, CLUB AND FOOD become experimental laboratories to facilitate and question the relationship between architecture and night.

As part of their spring exhibition, the f’ar invite architects Javier Fernandez-Contreras and Youri Kravtchenko to present exhibition Scènes de Nuit. Conducted with the first year students of architecture of the HEAD, Scènes de Nuit attempts to understand the phenomena of space, conferences, discussions, walks, meals and projections. 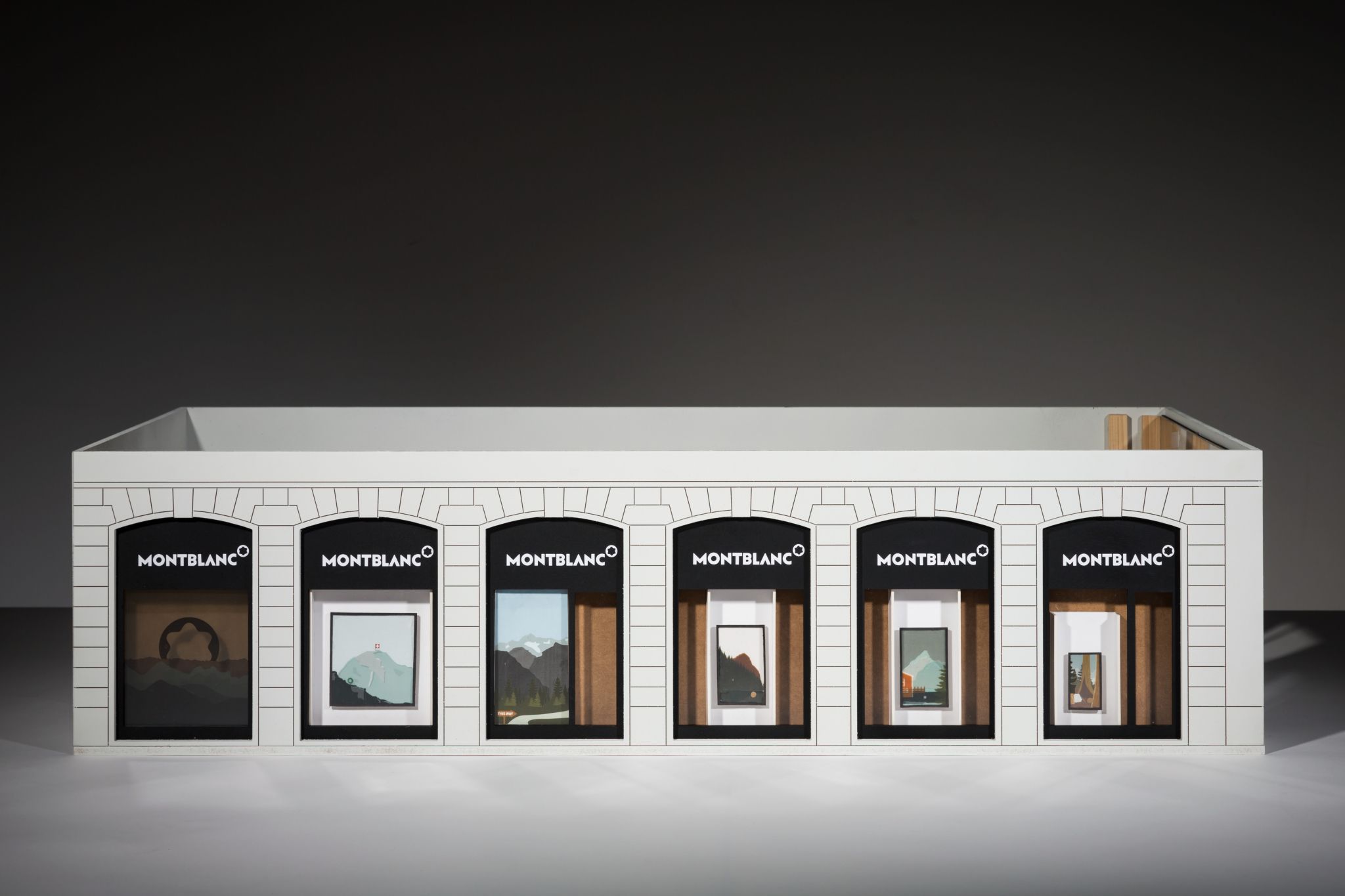 During a semester, 9 students in interior design have created a set of shop windows for the brand Montblanc, around the new 1858 watch collection. Inspired by the design of pre-war tourist posters, shop windows unveil, with a succession of colored layers, the return to the sources of the collection. Shops window will be unveiled to the public from 1 April 2019, for a month, in the flagship store of Montblanc in Geneva. 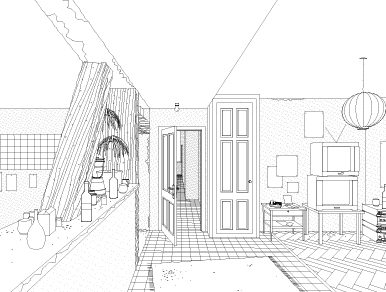 The Studio «Occupé à habiter» (Busy to live) focuses on architectural intervention in the existing housing structure in Geneva. Focusing on a historical figure, namely squats between 1980 and 2010, ten students analyzed this particular case of living together. By crossing historical archives and artistic glances, they have restored and reinterpreted squats’ interior spaces. Their approach allowed them to highlight the architectural features of the appropriation of an interior heritage. 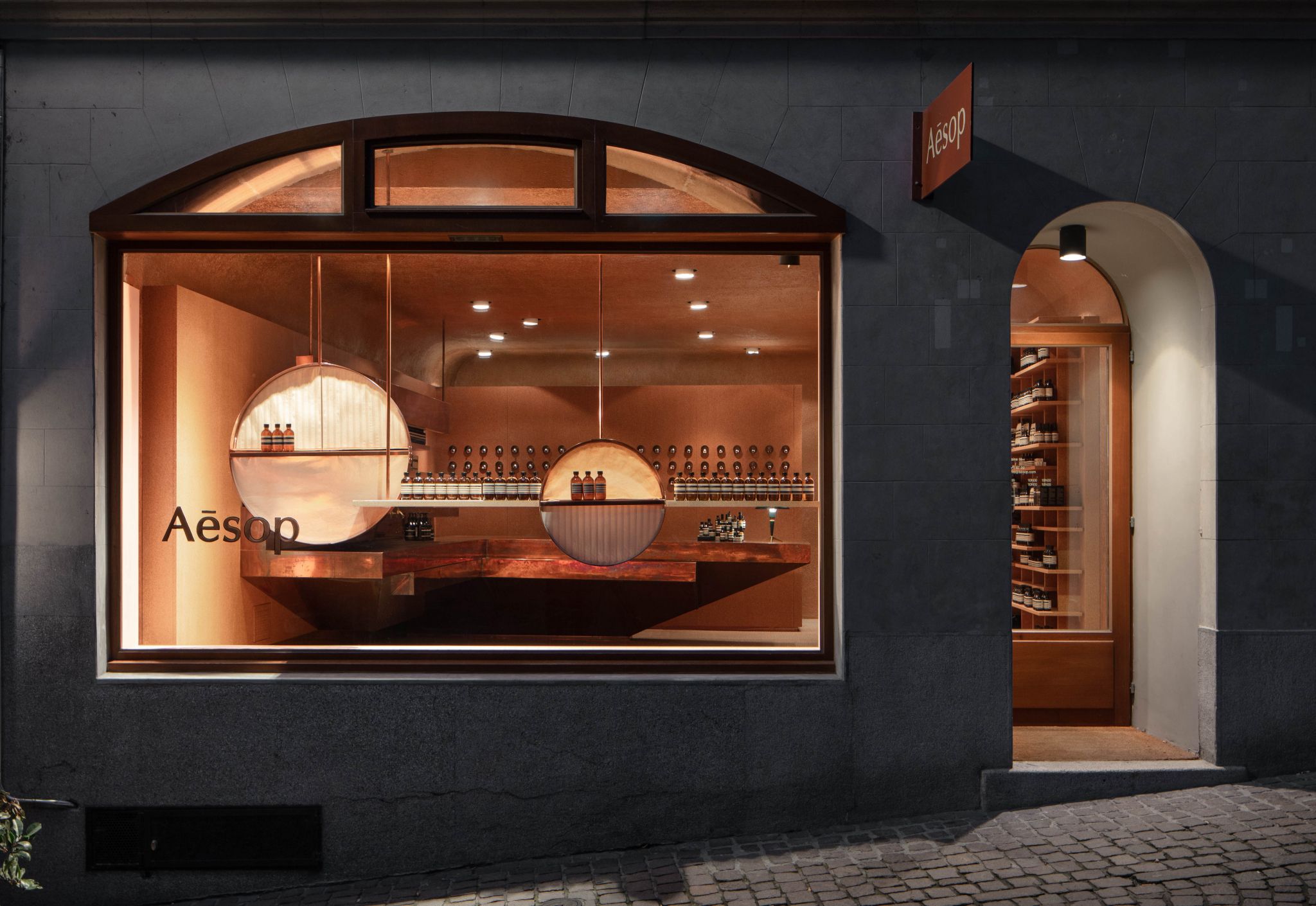 Aēsop has decided to collaborate for the third year in a row with HEAD students to develop the windows of its Geneva boutique and for the creation of an installation that will be presented in Globus department stores in Zurich and Bern.

During a two-week workshop at HEAD–Geneva with Andrea Caruso Dalmas from Ciszak Dalmas, Interior Architecture, Visual Communication and Product Design/Jewelry and Accessory students created installations which evoke the complex interaction between ones skin and its surroundings. The two installations celebrate the complexity and diversity of skin, colours and textures using natural tinted fabrics and copper. The installation in the Geneva Aēsop window is inspired by shojis, the translucent rice paper walls from Japan which are barriers from the wind and the outside world. The circles recall the regenerative skin cycle. The Globus installation suggests an abstract landscape of skin inspired by strata from mountains which, just like skin, is developed and maintained over time. Each layer acts as a ﬁlter between the outside world and the inner self. 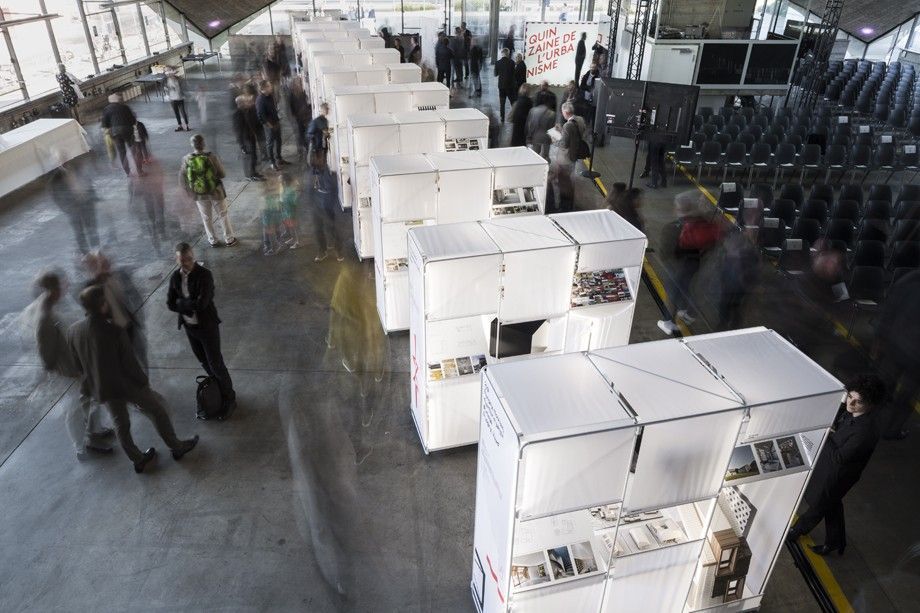 HEAD AND HEPIA JOIN FOR DRA

This year, Geneva is hosting the Distinction Romande d’Architecture (DRA) which aims to distinguish quality achievements in the fields of architecture, civil engineering and structures, landscaping and public spaces. The winners of the DRA IIII were revealed at the awards ceremony on 29th September last September at Pavillon Sicli.

On this occasion, HEAD and Hepia came together to offer an exclusive and unique exhibition furniture to present the best recent achievements in Geneva and French-speaking Switzerland through more than 300 projects. In joint collaborative workshops, the students proposed and then developed an exhibition in “suitcases”: from trunk to souvenirs revealing architectural objects as they were collected during a trip to French-speaking land. Satellites inspired by the brutalist playgrounds of the 60s and echoing the modernist style of the Sicli building, the proposal of the students of HEAD and Hepia revisits the famous and missing “squirrel cages”. They are installed in various points of the city. They dialogue in their dimensions, their colors, and their wired appearance with the modules of the scenography that the visitor will find in the exhibition proposed to the Sicli Building. Visual identityThe new visual identity of the Distinction Romande d’Architecture was created by students from the HEAD – Geneva during a workshop in the summer of 2017. Inspired by the architect’s plans, by the pictograms representing the walls, the doors or materials, the students have declined the identity on all the media of communication, on the trophy received by the architects and project managers, on the suitcases and the satellites. The project was supervised by Valérie Pierrehumbert, assistant in the Visual Communication Department.